*ARC received from the Author for an honest review*

Callan Carmichael is hot as sin and twice as intimidating. But when Olivia unintentionally puts herself in his crosshairs, there’s no way out.  Callan has the attitude and power that Christian Grey WISHES he had!

It took me a bit to get on to Olivia’s side but when she was adamant about making her own  way in business and not at the hands of her brother, I felt a bit more for her. Callan i fell in love with on that terrace. He’s completely entranced by her and his quirks and reactions are so compelling. Here stands a man who others fear in the workplace and Olivia just comes in and blazes a trail adorableness and goofy that cracks Callan’s shell.

Callan is also one of the hottest heroes (he would call himself an anti-hero) I’ve read this year as well. He gets straight to the point and man is it a sexy one! The connection between these two is sizzling the entire way through. And I hate/love to say this but I LOVE a good “should we/shouldn’t we” situation. There’s something so bad about doing something wrong that feels right!

I also love that Callan does have a sweet side. In the end when Olivia knows that she has to go and Evans FINALLY gives us a glimpse into Callan’s head I fell even harder for this charming man. He’s the right combination of silent and strong yet when he speaks, whew!

Definitely need to read the rest of the Manwhore crew!

Until next time beauties… 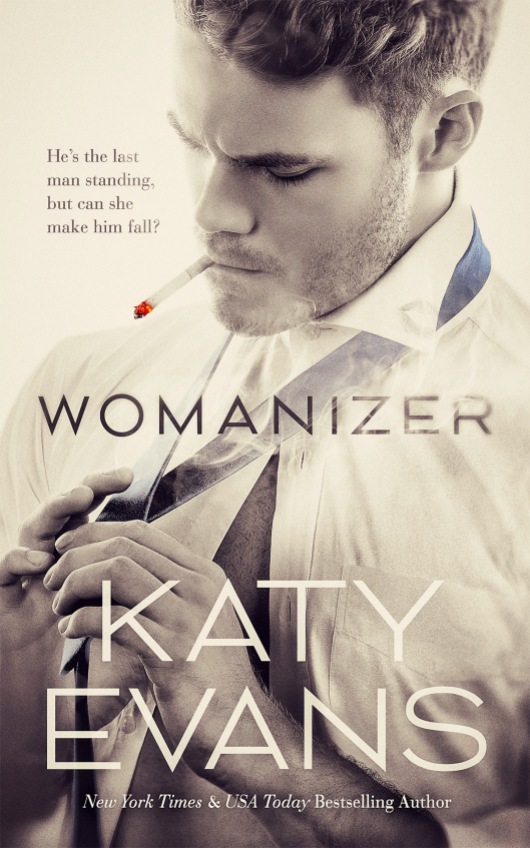 From New York Times and USA Today bestselling author Katy Evans comes a brand new contemporary romance. WOMANIZER is a full length standalone, and no other books in the series need to be read.

We were just two strangers. Facing a forbidden attraction, a chemical connection. Neither of us expected or wanted it to amount to more.

But I had never been drawn to a guy the way I was drawn to this one: my brother’s best friend, and CEO of the company where I interned.

Even knowing I should stay away, I proved to be too human, after all.

The chemistry was amazing.

The laughs were incredible.

Just sex because he was too irresistible.

Just sex because I wouldn’t be falling for him.

Just sex because I’d leave in three months, and I’d like for my brother not to kill me, and for nobody to find out he was my wicked little secret.

He wasn’t the One.

He was just a womanizer.

But for a time, he would be mine. 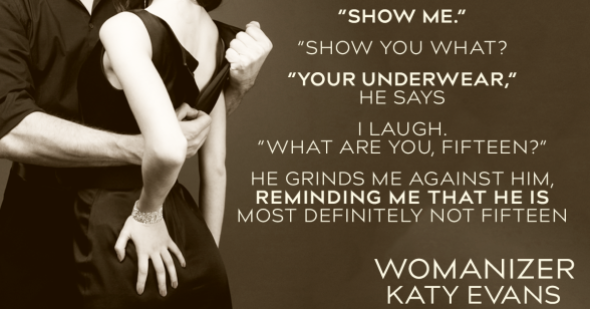 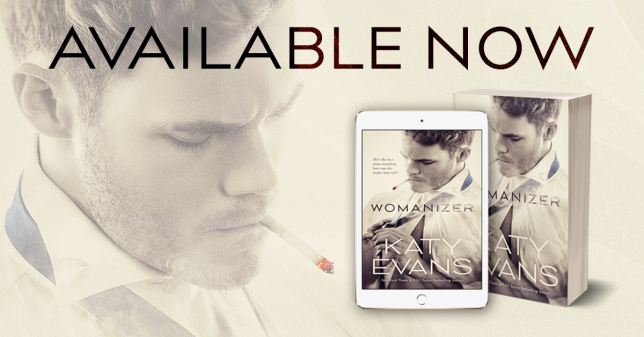 Katy Evans is a New York Times, USA Today, and Wall Street Journal bestselling author. Her debut REAL shot to the top of the bestselling lists in 2013 and since then 9 of her titles have been New York Times bestsellers. Her books have been translated into nearly a dozen languages across the world.

Connect with the Author: