Murder, romance, and sassy attitude. I’ve been reading Emma Hart’s rom-coms for almost a year now and was excited to see one of her older series get a facelift. But since reading Twisted Bond I’m now HOOKED on Hart’s ability to tell a murder mystery that keeps on giving. Meet Noelle Bond; former cop turned private investigator in her hometown, she’s quickly making a name for herself in the world of catching adulterers. It’s a quiet PI life, until a body ends up in her company’s dumpster. And it just so happens to be related to one of her previous cases and she’s ow entwined with the case more than she wanted to be. Add in the the decedent’s husband also hired her to work alongside the police and it causes for some tough territorial investigating.

You would think a PI would work well with the police, but Noelle has a hate-love relationship with one Detective Drake Nash. Dark, mysterious, and rude as can be…and he’s also hot as Hades. Begrudgingly these two have to end up working together when a SECOND body ends up at Noelle’s feet. It looks like someone is trying to pin murders on our PI but digging in to her past cases. Drake, while fighting his own attraction to Noelle, has to decide if she’s a suspect or an ally to the department. But as much as he’d like to throw her in handcuffs (oh yeah!) he has to work with her and not against her to stop the murders happening in their town.

This is definitely a romance steeped in mystery. While Drake and Noelle fight their attraction the entire book #slowburn, they focus more on solving the case than finding their next fix. I felt like it was the perfect combination of fiction/murder mystery with the right amount of romance. Not too much to drown out either of the main character’s goals, but enough to make you swoon and hope the two will just bone already LOL. I know I’ll want the rest of the series on my TBR soon because I’m loving this dynamic!

It can be murder. 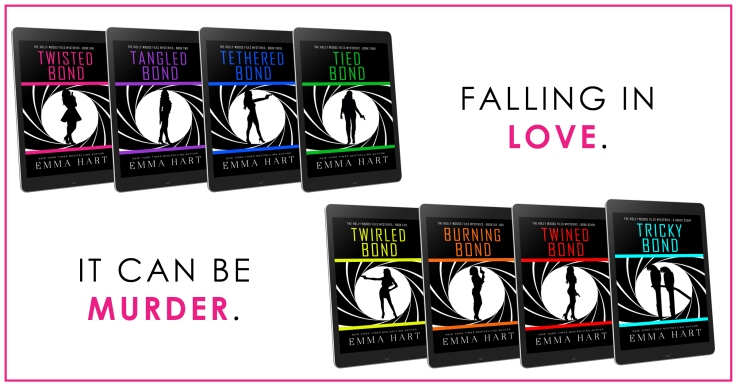 When I returned to my hometown of Holly Woods to become a private investigator, there were some things I expected.

Like my crazy Italian grandmother trying to marry me off to any eligible man, her constant arguing with my mother, three protective brothers, and the best friend a girl could ask for.

There were also things I didn’t expect.

Nonna buying a parrot who swears and watches musicals.

And…a few too many dead bodies.

My name is Noelle Bond, and you might not be ready for this.

*The Holly Woods Files Mysteries series contains strong language and adult situations. It is not a cozy mystery.* 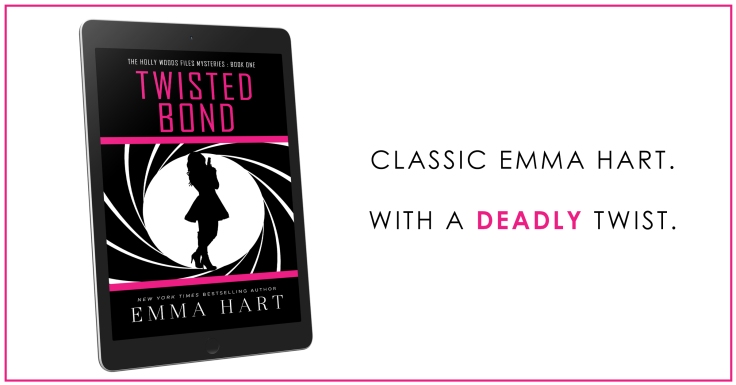 Emma Hart is the New York Times and USA Today bestselling author of over thirty novels and has been translated into several different languages.

She is a mother, wife, lover of wine, Pink Goddess, and valiant rescuer of wild baby hedgehogs.

Emma prides herself on her realistic, snarky smut, with comebacks that would make a PMS-ing teenage girl proud.