Sweet, sweet Milo. I know that most people wouldn’t believe that Milo Huxley could be sweet at first, but trust me readers, he’ll win you over. He’s lost his father, his mother prefers his brother, and his brother moved to America. To top it all off, he left the London branch in the hands of their cousin and left nothing for Milo. What else is a man that’s stressed supposed to do but take some time off on his own. Been when he comes back, there’s a sassy new brunette in his old office claiming to have his job. If there’s one thing Milo loves more than women, it’s a challenge. Put the two together and he’s ready to win. But Danielle is more than a beautiful face; she’s got wit to match his own and she sees right through is facade.

Danielle has experienced pain that no one should have to. The brutal murder of her husband at the hands of an evil man over a year ago is still affecting her. Add in a temperamental teenager, a sweet boy, and a high stakes new job and Danielle is on an emotional roller coaster. The last thing she needs is her boss’s sexy younger brother coming in to make waves about her taking his position. She knows Milo and his scheming ways so shes prepared for the shark. What she doesn’t expect is the man who lifts her up when her grief gets the best of her and she has to face her husband’s murder in court. In that moment, Milo and Danielle bond quicker than any hero and heroine ever have.

Where Danielle sees Milo’s softer side behind the curtain, Milo falls for the strength he sees in Danielle and her motherhood. Milo yearns for the family dynamic he missed out on growing up and despite losing their father, Danielle and her children sees to keep moving forward. Milo takes pride in Danielle’s ability to push through and fight for those she loves. So much so, that Milo’s fear of commitment flies out the window when he gets the chance to be a part of their family. The self proclaimed playboy business man becomes a one woman family man in a matter of weeks. Danielle brings him back down to earth where he becomes her rock through the toughest of times. Despite beginning in tragedy and chaos, this is definitely one of the lighter romances form Corinne, but don’t let it fool you; its still filled with SO MUCH HEART!

“Corinne Michaels never fails to deliver stories full of heartbreak and healing. If I Only Knew swept me away. A beautiful romance, a story of everlasting friendships, this book is not to be missed.” – Bestselling Author, Devney Perry

If I Only Knew, an all-new heartwarming and sexy standalone romance from New York Times bestselling author Corinne Michaels is live! 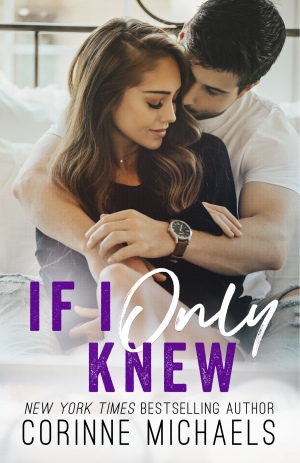 My life was perfect – until a shocking tragedy pulled the rug out from underneath me.

My children were left without a father. I was without a husband and a provider. Instead of wallowing in my grief, I buried myself in my work at Dovetail Enterprises. Landing the promotion as the CEO’s right hand was exactly what I needed.

Getting saddled with Milo Huxley as an assistant is exactly the opposite.

I can’t stand him.

He’s arrogant, irresponsible, and out for my job. As if that’s not bad enough, he has to be devastatingly sexy, and have a posh English accent that makes me squirm on top of it all. I’ve had enough unpredictability for one lifetime, thank you.

But soon enough, we’re fighting less and laughing more. He’s there for me when no one else is. And those good looks aren’t the only panty-dropping thing about him. 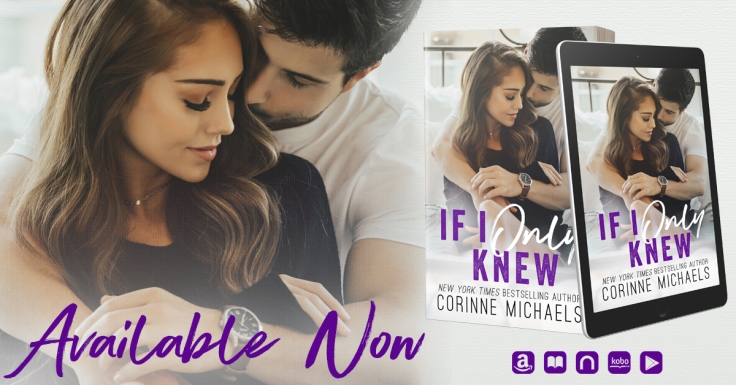 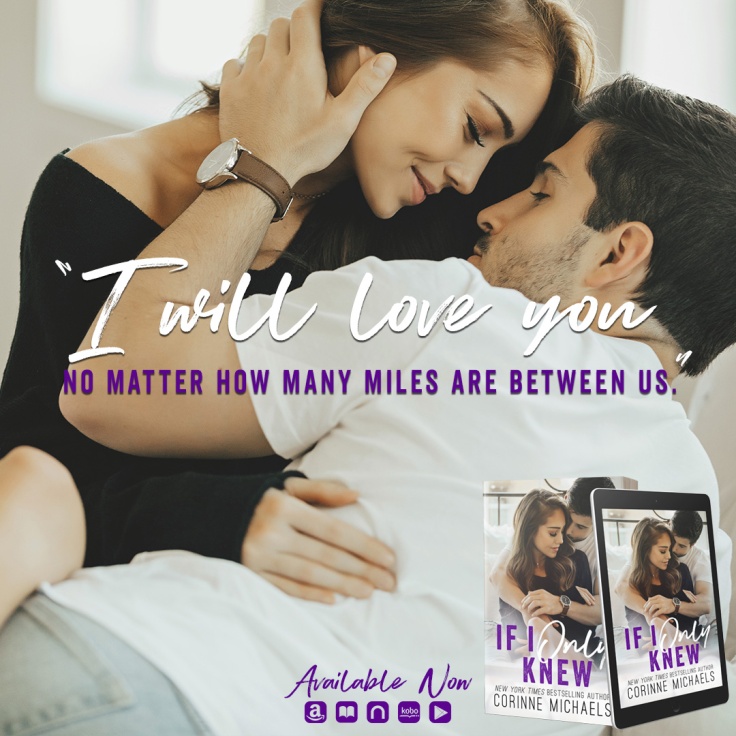 Corinne Michaels is the New York Times, USA Today, and Wall Street Journal Bestseller author. She’s an emotional, witty, sarcastic, and fun-loving mom of two beautiful children. Corinne is happily married to the man of her dreams and is a former Navy wife.

After spending months away from her husband while he was deployed, reading and writing was her escape from the loneliness. She enjoys putting her characters through intense heartbreak and finding a way to heal them through their struggles. Her stories are chock full of emotion, humor, and unrelenting love.

To sign up for monthly text alerts: Text CMBOOKS TO 77948

*US only due to carrier restrictions*